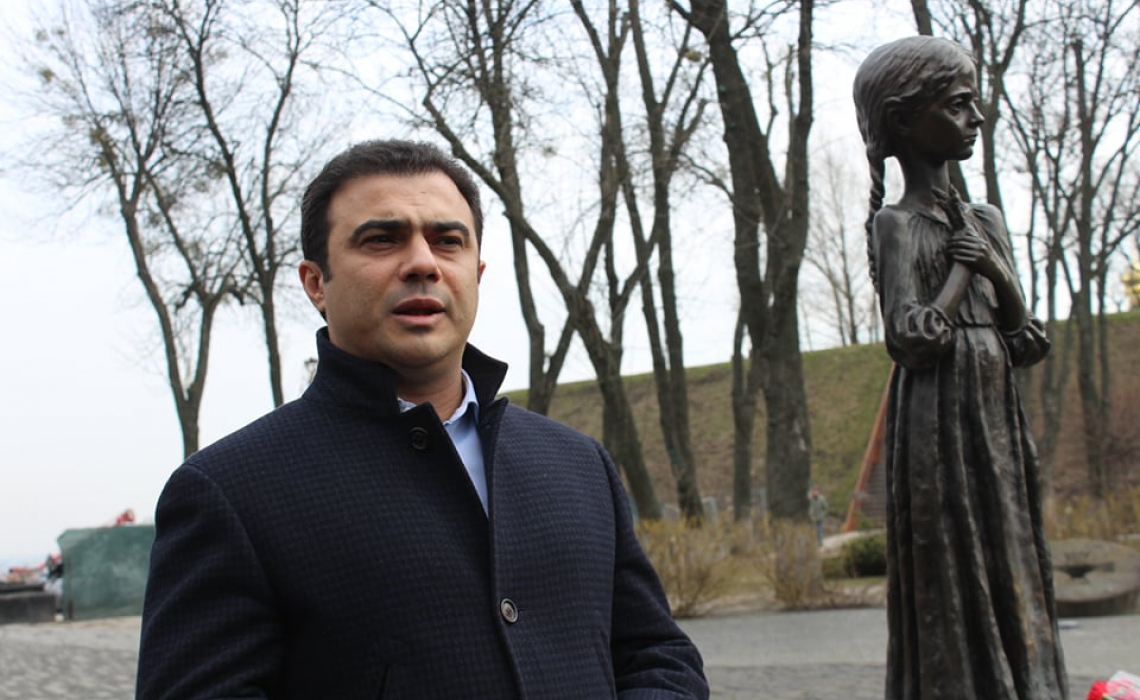 The National Museum of the Holodomor-Genocide in Kiev hosted an event commemorating the 28th anniversary of the Khojaly genocide.

Organized by the United Diaspora of Ukrainian Azerbaijanis, the event was attended by the secretary of the Ukraine-Azerbaijan working group on inter-parliamentary relations, Ivan Slobodyanik, the former ambassador of Azerbaijan to Ukraine, Talat Aliyev, the former minister of fuel and energy of Ukraine Burzu Aliyev, Doctor of Historical Sciences Farhad Turanli, the chairman of the United Diaspora of Ukrainian Azerbaijanis, Hikmet Javadov, as well as Ukrainian public figures.

Addressing the event, Hikmet Javadov said that the choice of the National Museum of the Holodomor-Genocide as the venue for the event was not accidental.

“Azerbaijanis living in Ukraine also honor the memory of the innocent victims of the Holodomor Genocide. And today, on the day of the anniversary of the Khojaly genocide, we demonstrate to everyone that our people, having experienced such a huge tragedy just recently, share the pain of the Ukrainians. All who came to the National Museum of the Holodomor-Genocide today have demonstrated that our peoples are united by a common pain. We are convinced that such tragedies should not be repeated, and our peoples must keep a memory of them. Precisely in order to prevent their recurrence in the future,” he noted.

On February 26, 1992, Armenian military committed an act of genocide against the 7,000 population of the Azerbaijani town of Khojaly. As many as 613 people, including 63 children, 106 women and 70 old people were killed as a result of the massacre. A total of 1,000 civilians became disabled in the onslaught. Eight families were completely annihilated, 130 children lost one parent, while 25 lost both parents. Some 1,275 innocent residents were taken hostage, while the fate of 150 people still remains unknown.

The Holodomor Genocide (1932-1933) is one of the worst crimes against humanity. The total number of victims of this terrible crime is from 4 to 8 million. At the same time, half of the victims were between the ages of 6 months and 17 years. And in such cases, those who could be born at that time are usually taken into account. Consequently, the number of victims of the Holodomor in Ukraine reaches 12 million. This is several times more than during the Second World War.